Trials and travails on the frontier of digital narcisissm

You could dismiss the swift failure of Facebook Home for Android as the initial, iterative step of a Minimally Viable Product. Users didn't like how it buried access to their non-Facebook apps, and others complained about how the "apperating system" drained battery life. Facebook characterizes its shortcomings as typical of a v1 and is changing the UX and feature set in order to retool.

Yet Facebook Home's failure probably has little to do with how the thing works. I think it's actually more fundamental than that: Facebook Home is just too narcissistic for even your average social-media loving narcissist.

I don't mean "baggage" in the sense of feature creep or needless UI cruft; in fact, Facebook Home is commendable for its spareness and simplicity. I mean "baggage" in the sense that you use it as your public-facing, real-life, Facebook self. Not getting a break from that self is like coming home after work and never changing out of your work clothes.

When I open a Facebook app of any kind, I'm mindful of all the other Facebook chaff — invitations to Candy Crush, groups which keep pestering me, "friends" who are posting not-so-interesting things. Facebook Messenger, for instance, enables me to get in touch with whomever I want with all the simplicity and features I need, but I'll choose the Messages app or Whatsapp over Facebook Messenger if I have the choice because being my Facebook self is baggage that I just don't need to send a message. 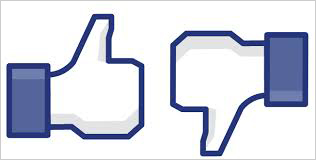 Ask someone if they like email. It's a weird question with a weird answer.

Many would probably say that it's a severely abused medium that derails their productivity, but it's not as if they'd want it go away. It's the same with Facebook, at least for me. Although it produces as many neutral or negative experiences as it does positive ones, Facebook still affords me the chance to keep up with people who I don't see very frequently. I check Facebook more often than I'd like but I'm glad it's there.

I prefer Facebook as a casual, peeking-into-the-refrigerator-when-you're-not-hungry kind of product than as my gateway to the mobile internet, as it is with Facebook Home.

Not only does Facebook Home force you to view all your friends' faces right when you wake up the device, but you're also forced to view your own. What's worse, you have to press on your own face to start using non-Facebook parts of the phone. Who wants to slide their own face to make a phone call?

I'm tired of my own face by the time I finish combing my hair in the bathroom mirror in the morning. I don't need to be faced with my own face every time I use my phone.

I'd rather just snack on the indulging stuff

People use Facebook in a lot of ways. Some like pictures of cats, others risqué photos of guys or girls they're interested in. But here are a few typical posts which do not pique many people's interests:

Few of us are interested in most of the posts in our Newsfeed. As soon as I open Facebook from my desktop or phone, my fingers move into the scrolling position because I know that most of what I get is not going to be worth my time. The slow, slideshow experience on Facebook Home prevents that.

I could be as wrong about Facebook Home's impending death as I was about it having a fighting chance. Regardless, it was a worthwhile experiment. I'm happy to see that service companies like Facebook will be battling to replace the tacky add-ons that OEM's and operators stuff into Android devices. Moreover, I'm as intrigued as ever about what it means for a device to really know me.

The thing is, I just don't want it to know the Facebook me.