My app and I are hurting

On the long odds of success in the App Store, the overconfidence bias, and embracing the good in the bad

This post is part of this week's Startup Edition. This week's question: How do you know when to pivot?

We released Snapix, a photo messaging app, at a fortuitous time. Facebook had recently released Poke, its answer to Snapchat, a photo messaging phenomenon. Two weeks in, Poke was already languishing. Our post on Hacker News announcing our app, "Facebook Photo Messaging that Doesn't Suck" (Snapix relies on Facebook Connect), reached #14 and brought us a bunch of organic users. Early adopters!

The attention on Hacker News made me feel like we had struck a nerve. We were on the right side of a news cycle — the market was rejecting Facebook's lame version of photo messaging. And with the rise of Snapchat, a rise which only started toward the end of our development of Snapix, we had accurately predicted the demand for one-to-one photo messaging. 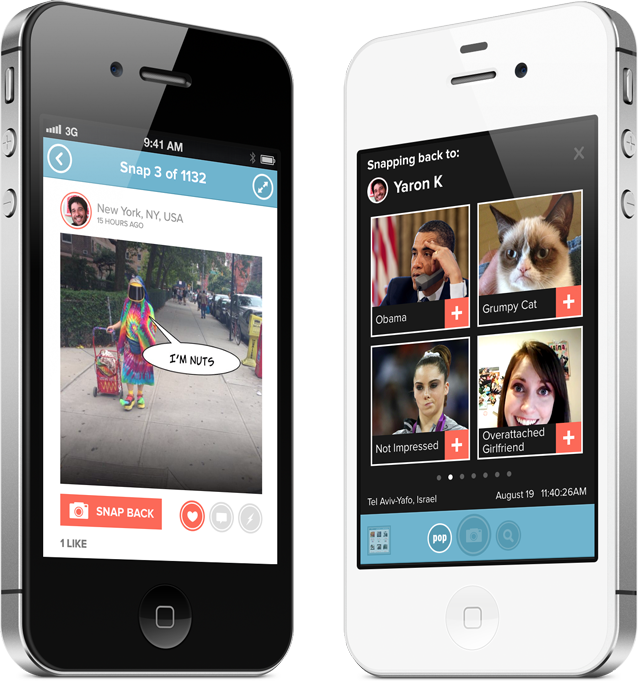 the snapix app
More early successes: As early adopters of the Facebook app marketing program, we A/B tested our way to install rates at an extremely favorable CPI's. The first thing I'd do every morning is open the app and check out the dozens of new users who had created lots of new, creative "snaps". A clique of users in Australia were positively addicted to our app, even posting signs in their office to download Snapix (organic guerrilla marketing!). An executive at Zynga made an inquiry out of the blue.

Roll back a few months to when we had just conceived of Snapix. We were not naïve. With a small budget for marketing, no plans to form a full-time venture (it was just a side project), and limited free time outside of our day jobs, our only chance for real big success was virality. We knew the era when "virality" sufficed as a one-word marketing plan ended in about 2007, even if Snapchat was staring us in the face as an example of an app that grew organically to a massive scale.

I mean, jeez, I work at a company that does promotion for mobile apps. I know that success in the App Store requires persistence, diligence, and significant marketing budgets. Of the dozens of apps whose campaigns I scheduled back in 2010, when that was part of my job, only a handful of them are still making noise today.

I was realistic about our chances for success. But I'm also a human, and humans are prone to what's known as the overconfidence bias: the irrational belief that we have a better chance to succeed than what the odds would tell you.

In spite of the long odds, I still daydreamed about walking down the street while talking on my iPhone, saying something like, "Hold on Ma, Marc Andreesen is calling." Or that one day I'd be embroiled in a lawsuit with one of my original partners who I had deviously banished from the now massively successful venture, laughing all the way to the bank (just kidding).

A few months after we released Snapix, we had implemented most of the features we didn't fit into the initial version and had made a few usability tweaks based on user feedback. As time went on, I slowed down the pace at which I updated our Facebook and Tumblr pages for the Snapix community. Not on purpose, but because this is a natural, decelerating dynamic with side projects. Over time you tend to turn your attention back to some of the other things in your life you had sacrificed for your side project.

Problem is, any online community requires the community managers to stoke the fire. And app users in particular are often reactivated when they see a new version of your app in the App Store or Google Play. Users have a spidey-sense for when the app creators have slowed down their activity; the lack of "feeling" that the product was being attended to is partly what caused Flickr's decline, for instance.

We also turned off the Facebook marketing, and since then the number of new users per day sometimes dips as low as single-digits. Recently there have been periods where I haven't opened the app for 24 hours, only to find that the last photo posted was the one I posted 24 hours ago.

"Haven't opened the app for 24 hours???" you might be wondering. If you're using your own app so infrequently, what chance does it have?

And you'd be right. While I still love the product we built to death, it pains me that usage is now dominated by my partners and our friends. Opening the app is a visceral reminder of the gap between the objective odds of success and what the overconfidence bias led me to believe.

Now it's important to remind that Snapix is just a side project, not a full-time venture. Were it the latter, I'd be much more crushed. In addition, I'd be financially obligated to exhaust every last hypothesis that might convert our product from where it is to something stickier and more viral. There are lots of product changes and hypotheses we haven't explored because it's a side project and we have other priorities.

My Snapix partners and I are left with the following choices, at least in theory:

It's a no-brainer — even the thought of taking the app offline makes me shudder. That would be far more painful than the slowdown in usage. Revising or "pivoting" the app is a possibility, but not for now, as the guy who developed Snapix is now living in a different hemisphere as the other partner and myself. Pivoting the app from across the world, at a time when we're all focused on other things, seems like a different kind of pain.

Reconciling what you know — this venture was always a long shot — and what you feel — our app was the one in a thousand that would thrive — is difficult. But there's another bit of knowledge I've always held, and perhaps only need time to embrace: Snapix was going to be a worthwhile learning experience no matter what traction it got. After all, the product makers and entrepreneurs I admire only got where they are now after putting a few skins on the wall.

Come to think of it, the guy I was when I started on Snapix was pretty wise. It's about time I get in touch with that guy and acknowledge all the good I had promised myself.