How do you capitalize "iPhone" or "iPad"?

When “iPhone” appears at the beginning of a sentence or headline, both “iPhone" and “IPhone” are seemingly acceptable. When it's all caps, “IPHONE” seems to be the rule.

Seeing “iPad” presented as “IPad” has always stuck in my craw. On other publications I've seen it go both ways. Here, for example, The New York Times uses the lowercase “i” when “iPad” appears as the first word in a headline.

Yet even The New York Times isn't consistent with itself. Here's “iPad” at the beginning of a headline with a capital “I”

Apple's own trademark guidelines are ambiguous, failing to address how one would handle the case (pun intended!) where the name of the product should, according to the normal rules of grammar, be capitalized.

According to Purdue University's OWL website, which provides style and usage information according to the MLA guidelines, it's okay to “use IPad, IPhone, or IPod when the word begins a sentence”. The Chicago Manual of Style (registration required) leans the other way, though it's lenient to those who deviate:

Brand names or names of companies that are spelled with a lowercase initial letter followed by a capital letter (eBay, iPod, iPhone, etc.) need not be capitalized at the beginning of a sentence or heading, though some editors may prefer to reword.

Even more interesting, the Chicago Manual not only recognizes this as a “departure from Chicago’s former usage”, but also suggests that these words “are already capitalized (if only on the second letter)”. In all the time I've wondered how to capitalize iPhone, I've always thought that the brand name was more of an imagistic thing, or that, akin to a bitmap of a piece of text, changing the capitalization would be something of a hack. I'd never considered that it was an exceptional form of capitalization.

One more interesting tidbit from the Chicago Manual:

In text that is set in all capitals, such distinctions are usually overridden (e.g., EBAY, IPOD, HARPERCOLLINS); with a mix of capitals and small capitals, they are preserved (e.g., eBay).

In fact, Apple does override the distinction in these circumstances. Look at how “iCloud” appears when in all caps within iOS' Settings app: 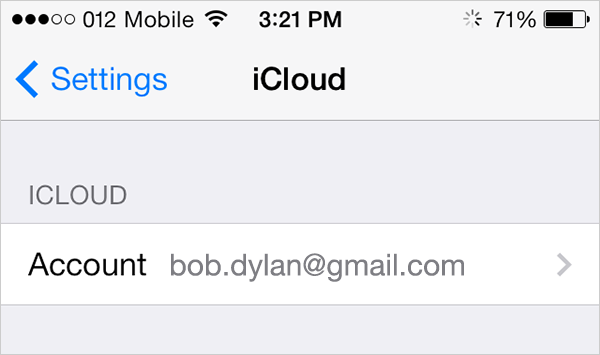 This has never looked right to me, but indeed it would be downright inconsistent to display it any other way. For example, with the normal capitalization pattern: 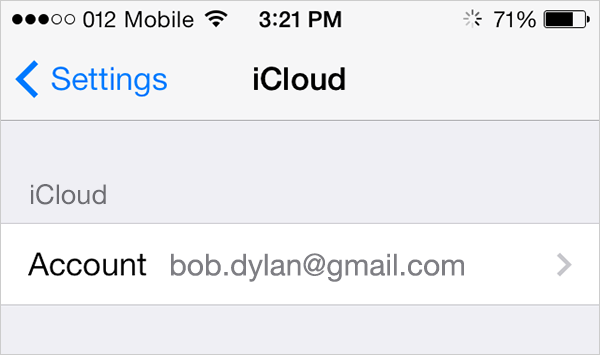 Using the lowercase for only the “i” in “iCloud” makes it look as if “cloud” is screaming: 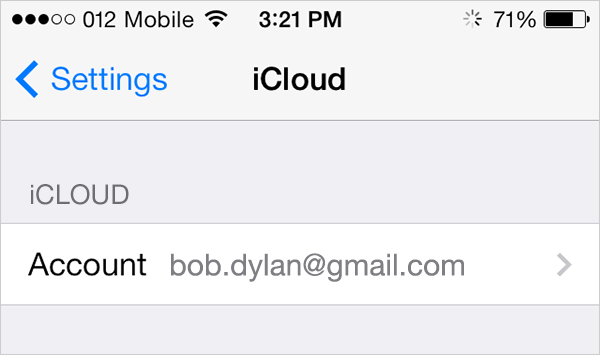 Small caps, as referred to in the Chicago Manual, is simply a non-starter: 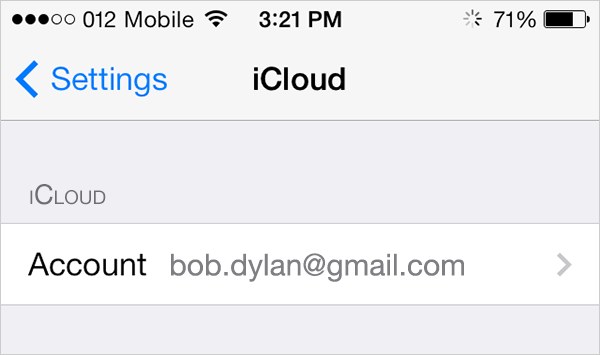 All in all I suppose I agree with Apple's choice of “ICLOUD”, even if it's merely less bad than the other choices. And really, if Apple wants it that way, then that's the way it is. god knows I'll always treat names with the capitalization they deserve.