Split-screen multitasking on iOS has been hiding in plain sight

Third-party keyboards are one of the tasks in multitasking, even if it doesn't feel like it

Prior to the release of iOS 8, there were abundant rumors that split-screen multitasking was coming to the iPad. Abundant enough that designers and developers were already composing very thoughtful blog posts and videos about what it might look like:

John Gruber of Daring Fireball writing about the rumors prior to the introduction of iOS 8:

I’m very curious to see how you get into (and back out of) this mode, though. It’s easy to say you want to see two apps side-by-side on the iPad. It’s not easy at all to implement such a feature without losing the wonderful can’t get lost/can’t get confused about where you are or how you got there simplicity of the iPad today.

The rumors turned to be true and untrue. Untrue because we didn't get split-screen multitasking on iPad the way MacRumors, Microsoft (via the Surface), the author of the post and the concept video, or I imagined it. True because, when I came across Audioshot, a third-party keyboard for sharing music, on Product Hunt today, I realized that Apple actually blew past the original rumors: Not only did they add split-screen multitasking to the iPad but also the iPhone. 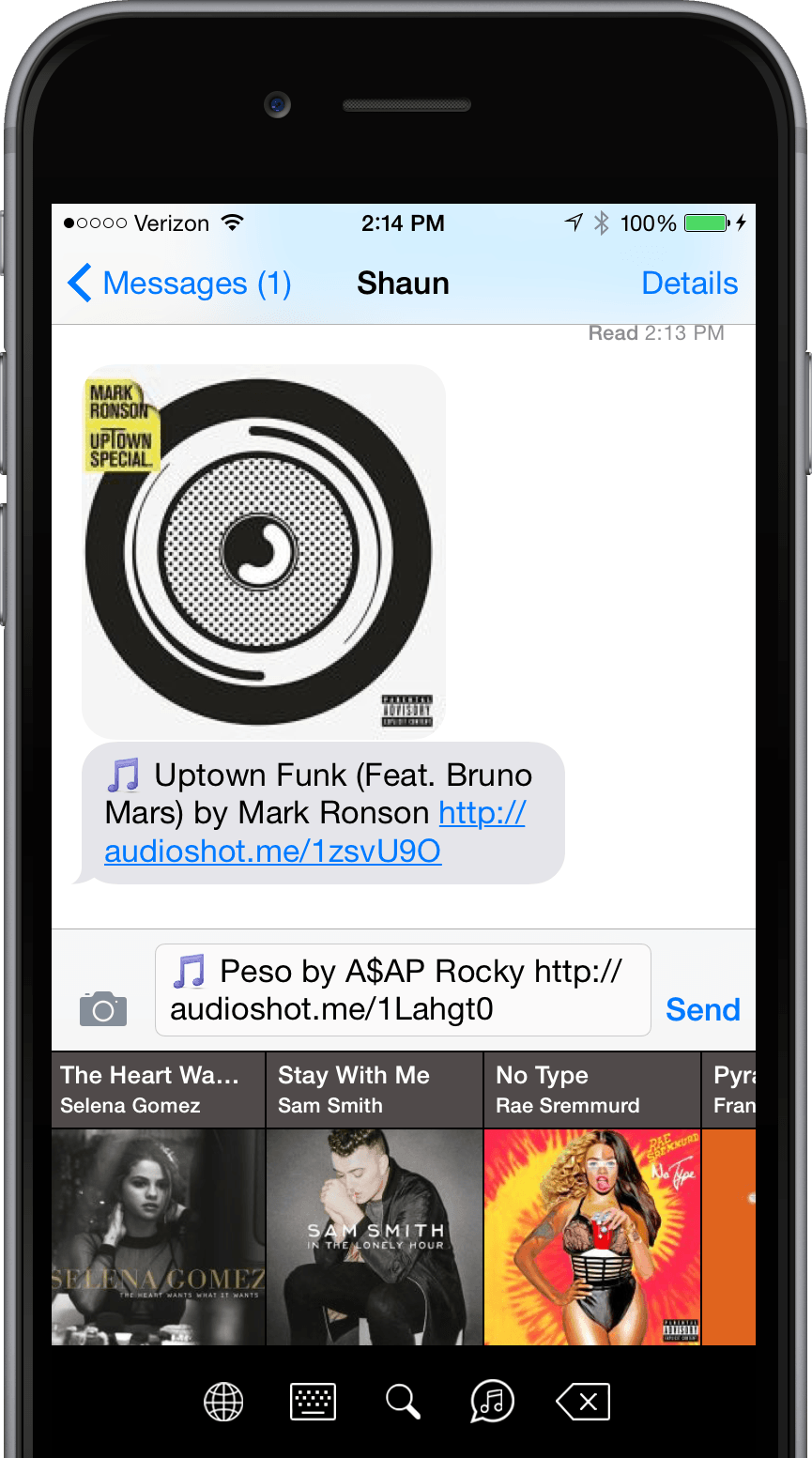 The third-party keyboard is the second app in the split-screen. It's just a vertical split instead of a horizontal one, as is more common on the desktop, and as Microsoft does it on the Surface. Look at the Riffsy keyboard for finding and sharing GIF's or other third-party keyboards: many of them are just mini-apps.

The beauty of it all is that they did it without compromising the "simplicity of [iOS] today", as Gruber put it. When you think about the most common reason to have two apps open side-by-side — browsing for content in one app to copy/paste into the other — it makes perfect sense to have done multitasking this way, because that's exactly what advanced keyboards are useful for. It just doesn't feel like multitasking.