The Great UI Flattening is complete, and the way forward is art

One of the things I've long disliked about Google Material Design is that it appears to be an end in itself, a way to normalize, and, in my opinion, emasculate, web and app design. I believe the design language introduced in iOS 7, what with all its terrible flaws, was intended not as an end but as a reset. I'd like to think that, with new screen sizes, a watch, and an Apple TV SDK on the horizon, the principles introduced in iOS 7 were intended to carry us through this transition period, toward a day where rich and inventive design could thrive again.

Whether or not you agree with my assessment of the motives behind Material Design and iOS 7's design language, you might agree that they've brought about an era of design that's glossier, wispier, more timid, and generally less inspiring than the first few years of the touch era. The closest triumph of design I've seen since the original Tweetbot is Unread, and even Unread is more remarkable for its being "comfortable" than its being delightful. And it's that sense of delight — a term we associate with the explosive early days of touch era design — that we're all missing.

Phase 1 of The Great UI Flattening appears to be complete. And that's a good thing. As that Intercom post points out, "It is now safe to go online without fear your eyeballs will be accosted by crimes against taste." But it has now become too easy to achieve the ideals of flat design. When an untrained, mediocre designer like me can approximate good or maybe even (cough, cough) "very good" design, you know that we're not utilizing our design talent to full capacity. The Great Flattening might also refer to the flattening of competition in the design world.

Enough with the sameness: Big hero images with white cutout text, thin typography, an overabundance of circles and simple geometric shapes, background blur, and lots of negative space. In short, modest variations on the template that Medium perfected.

some beautiful agency sites. but we may be approaching a singularity in the design of ourselves. pic.twitter.com/ZgvdrMLS81

It's as if we've all agreed to build interactive glossy magazines liked Medium instead of great user interfaces. The result is "Where have I seen this before?" designs like Vurb. 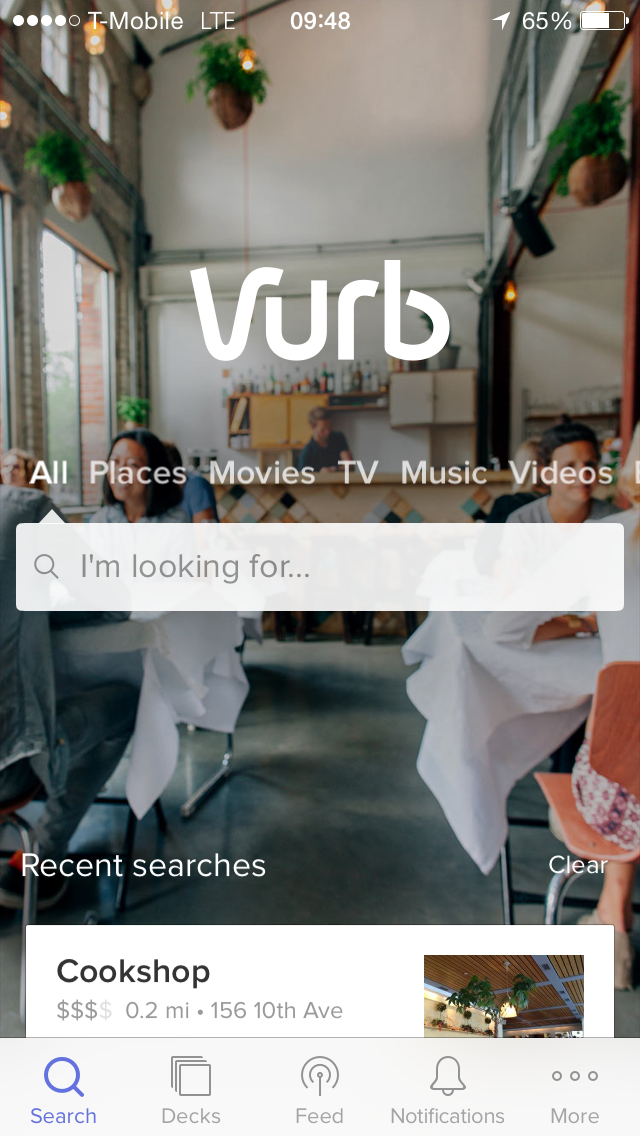 I admit, it's very nice looking. (In fact, of the three people who I showed the following mockups to, all agree that the Vurb had made the right choices. And that's true: I'm actually critiquing this era of design, not Vurb itself.) It seems far less than ideal to have to read semi-transparent text over a noisy background image. I also find it dull that every time you launch the app, the background image never changes. I'd much prefer that Vurb just keep it simple by removing that background image: 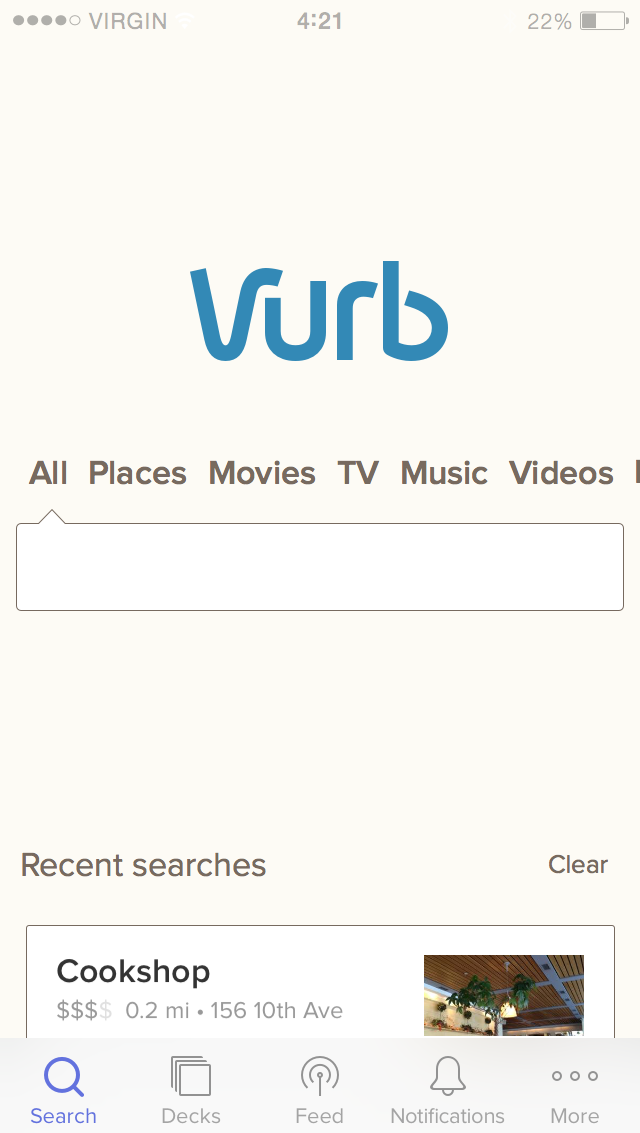 What I really want, though, is what I think would lift us out of the current state of homogeneity. Instead of that blasé photograph in the background, the app could wow me with beautiful, original artwork that I can't get anywhere else and doesn't compromise usability at all. 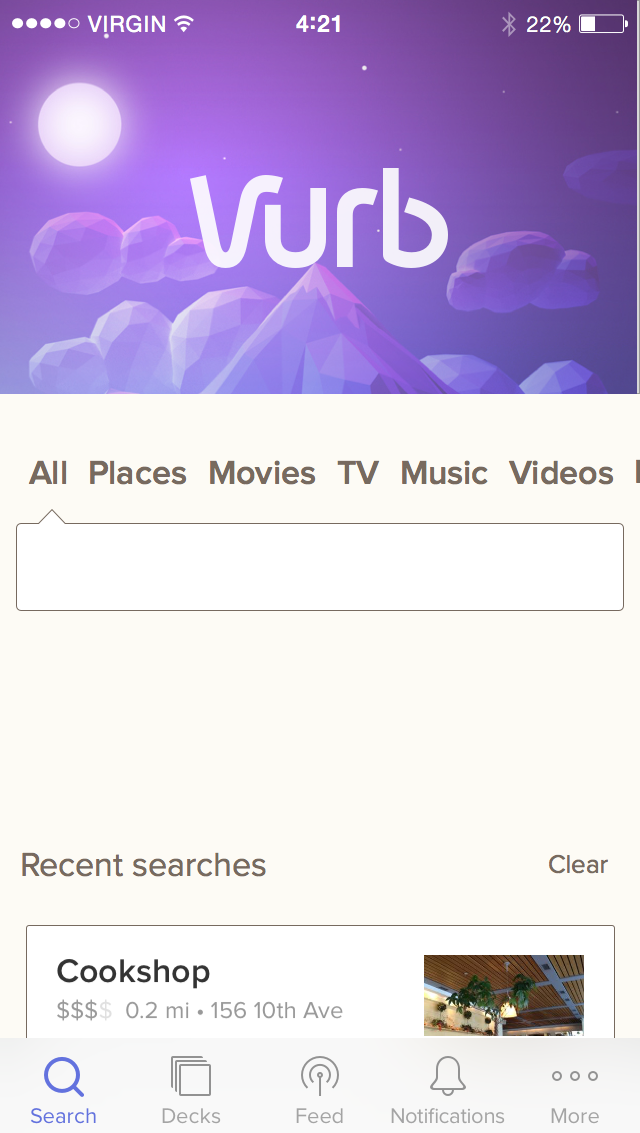 Yes, yes, I know that that artwork is unrelated and mangled; it doesn't actually look good (let alone better than either of the screens show above). I merely lifted the purple dreamscape from this gorgeous Dribbble shot and clumsily stuffed it into Vurb's UI as best I could.

But boy would I rather look at that beautiful artwork, or some ever evolving version of it, than I would a stock photograph every time I open an app. I'd love for us to set a new bar in UI design that encourages graphic designers to do what posers like me cannot: design graphics.

One app that has recently raised the bar is Carrot Weather:

Carrot Weather has learned the best lessons of The Great Flattening—clarity, brightness, simplicity—but it also introduces something something that's been so sorely missing: character. Carrot Weather is literally filled with a variety of characters that greet me anew everyday. And in a way that's even more beautiful than the Tweetbot era of design that I wax nostalgic about. Whereas we once designed beautiful, highly detailed machines like Tweetbot, we can now build living, breathing environments like Carrot Weather that are as memorable for their personality as they are their clarity.