What SMS is good for

In spite of the abundance of new SMS services, SMS may just be the water that fills in the gaps of communication and notification

In only the last few months, there have been an incredible number of companies created to deliver services over OTT messaging and SMS. Some of them are nibbling at the fringes of how we interact with our phones; others are producing concierge services for the market of busy, well-to-do tech folk (like myself).

The SMS services in particular are somewhat confounding. SMS is not only slow but also very constrained — you can't make anything besides URL's clickable. That's less of a problem with services like Magic where you're actually communicating with a human, but comes with all the same questions about how it scales.

If services delivered over SMS are going to succeed, my guess is that it'll require a lot of convention to make what has traditionally been explicit interaction — clicking on links, tapping on buttons — more implicit and conversational. Take, for example, this interaction I had with an alpha version of a bot that connects me with a retailer: 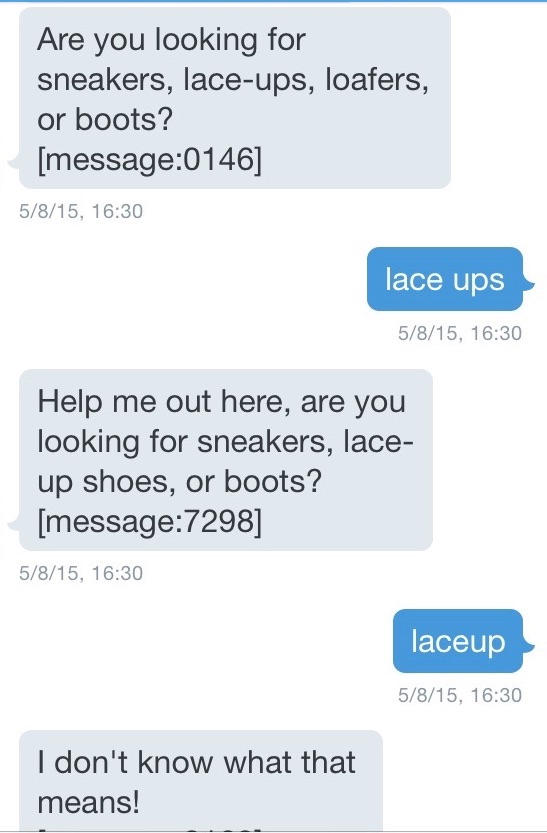 Just give me the damn lace-ups

Just trying to select one of the "menu" items — Sneakers, Lace-ups, or Boots — was more painful than an automated phone menu because I had to get the text exactly right. I suspect this would be easier for both me and the bot if it were phrased like so:

Easy peasy, nice and easy: I could have just replied by typing "L", which QuickType on iOS could make really fast. So, yes, some rudimentary NLP does help this problem. One "SMS services and payments as a service" company, Rhombus, even does some nifty work in making payments as simple as typing what you want to pay:

In fact, when it's relegated to that role, all the constraints of SMS render it a great alternative to email and push notifications. Take, for example, a clumsy email response I got yesterday to a support request I filed on Shyp. As most HTML emails, it's not only wordy and cluttered, but the actual content of the support is either beneath the fold or a click away: 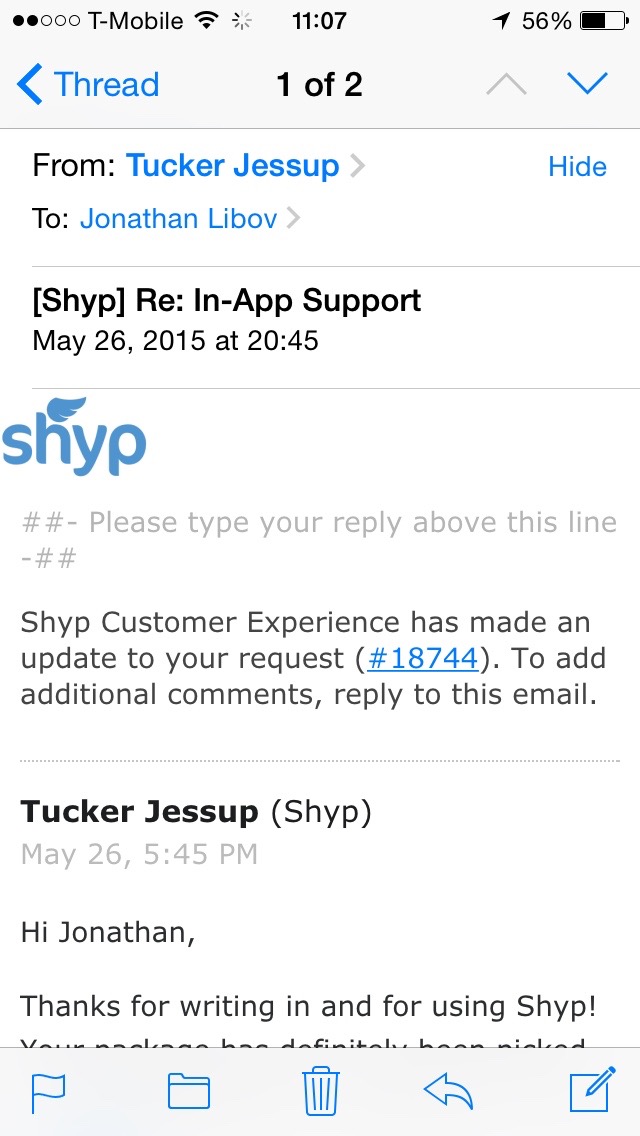 And had it been delivered as a push notification, I'd also have had to click and wait for the messaging interface in the Shyp app to load before I could actually read the content of my support request.

Contrast this with Reserve, which is a concierge service but captures most of the interaction via the native app. When they needed to update me with some info, SMS was a quick and snappy way for them to get in touch: 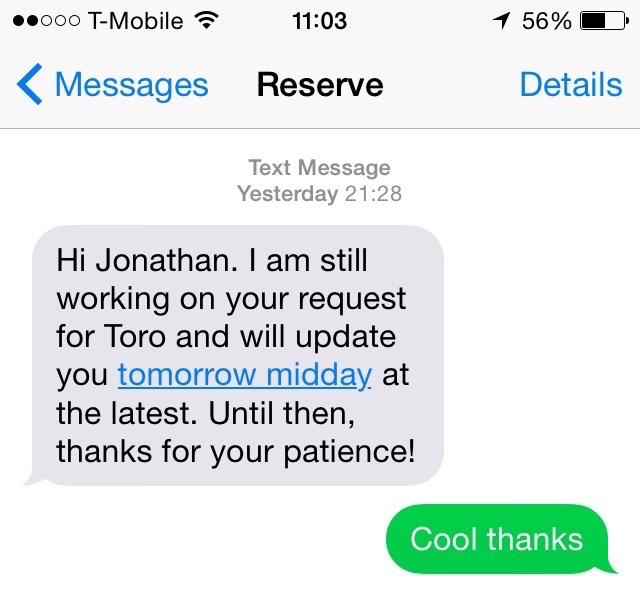 Informative, informal and quick, as any good SMS should be.

I loved this interaction. No clicks, no loading, no bells and whistles. Informative, informal, timely and quick. As any good SMS should be.

Part of this move to SMS has to do with the fact that in a mobile-first world, PTSN's are replacing email as the unique identifier you need for apps and services. And part of this move, especially for services like Magic, is a reaction to the App Store hegemony — developers' wariness of App Store bloat and weariness of Apple and Google's role as gatekeepers. One can't help but wonder, though, whether the flight from the App Store is headed in the right direction: just because inland is flooded doesn't mean you want to head for the coast.