On whether "open" ever really meant much in mobile, and what Android's openness has actually won 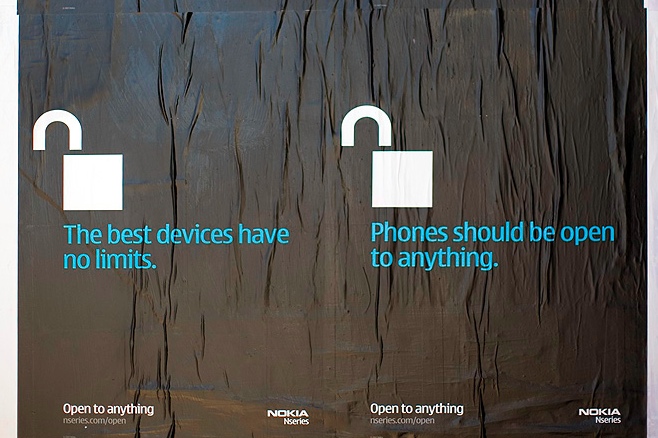 In October of 2011 Steve Jobs made a rare appearance on an investor call to spell out why "integrated would trump fragmented every time," referring of course to iOS vs. Android. Four years later that debate seems mostly passé; few people really beat the drum on "open", "closed", "integrated", and "fragmented" anymore.

I can think of a few reasons why that debate has quieted (aside from one very significant but uninteresting reason: the debate simply grew tiresome). First, the mobile ecosystem appears to have stabilized: Because iOS has captured the most engaged, monetizable users and remains a better development environment, developers almost always go iOS first for initial traction and then follow up with an Android app to reach the rest of the population. The Android-first day may never come.

Second, iOS 8 and Android L marks the end of a seven-year march toward feature parity. The two OS's took different routes to get there, but iOS 8 is now "open" in many ways that Android has been for some time — notification widgets, third-party keyboards, etc. — and Android has cracked down on many consumer-unfriendly tactics that Apple had always barred. Read through Paul Stamatiou's "Android is better" and you'll find that, in the past 13 months since the post was published, many of the features he praises Android for are now also present on iOS 8.

Having arrived at The Great Convergence, we now have some basis to evaluate one of the more defining arguments of that era. In December of 2009 Google asserted in "The Meaning of Open" that "Open will win" because "Open always wins". The question I'm asking now is: Did Open actually win?

The answer is, for better or worse, Clintonian: It depends what you mean by "open", "always", and "wins".

Let's start with "Open". Is Android open? Was it ever? Android is technically open-sourced, which enabled Google to claim of Android in "The Meaning of Open":

Others can take our open source code, modify it, close it up and ship it as their own. Android is a classic example of this, as several OEMs have already taken the code and done great things with it. There are risks to this approach, however, as the software can fragment into different branches which don't work well together...This is something we are working hard to avoid with Android."

Yet the Google version of Android provided to OEM's includes a closed pipe for Google Services. Moreover, if you stray too far from Google's vision, even while selling more Android phones than anyone else, Google executives will rein you in. That's a far cry from the ethos that governs most open-sourced projects.

It's only on the Android Open Source Project (AOSP) side of things — the Amazon's, Xiaomi's and Gionee's of the Android world — that we're seeing the fruits of unencumbered openness. Some of those fruits kind of resemble things made by the company that's named after a type of fruit, but openness doesn't really entail originality anyway.

As for the end user experience, Android is still more "open" in some ways. iOS doesn't allow for launcher apps or enable apps to send/receive SMS on your behalf, as Android does. Android should also be given some credit for bringing features like Intents, smart notifications, and third party keyboards to market before Apple, but to what end? In other words, in what sense has or hasn't this byzantine notion of openness actually won?

A few more passages from Google's "Meaning of Open" give some sense of what it means for Open to "win":

In an open system, a competitive advantage doesn't derive from locking in customers, but rather from understanding the fast-moving system better than anyone else and using that knowledge to generate better, more innovative products. The successful company in an open system is both a fast innovator and a thought leader; the brand value of thought leadership attracts customers and then fast innovation keeps them.

The emphasis on "fast" is mine. It's meant to underscore a sense in which Google's "open" approach to Android has actually won: growth rate. Google's awe-inspiring market share would have been impossible had they not opened the floodgates to OEM's, at least in the early going, in a way Apple never would.

And while it's true that AOSP is the fastest growing segment of the global smartphone market, this is still in some sense a "win" for Google, developers, and the world population in general. More potential Google customers come online (even if not all are guaranteed to be using Google services); developers get access to more users; more people get access to internet and information services. Apple and iOS, or any other "integrated"/"closed" system for that matter, could never have grown this fast around the world.

Growth rate and market share are only a few dimensions of victory, though, and in some ways they're rather uninteresting. Microsoft Windows has long dominated desktop OS market share without producing much in the way of innovation. "The Meaning of Open" on innovation:

Another way to look at the difference between open and closed systems is that open systems allow innovation at all levels — from the operating system to the application layer — not just at the top.

So, has Android's "look but don't touch" version of "open" resulted in greater innovation at the application layer? Not really. As mentioned above, the switch to Android-first that many anticipated hasn't happened; if anything, the iOS-first pattern seems to be ossifying.

Even devoted iOS users like myself expected to see more "innovative" apps on Android. Look back at John Gruber's "Where are the killer Android apps?" from late 2010:

Which are the apps, from developers other than Google, that I should feel like I’m missing out on because I don’t have an Android device? Where are the killer apps for Android?

Given the explosive sales growth of Android — that it’s now the best-selling smartphone OS in the U.S., and selling very well worldwide — isn’t this unusual? Or at least unexpected?

Gruber's observation is as valid today as it is was four years ago. Click through page after page of AppBrain's "All-time popular Android apps" and you'll find:

The former three categories don't speak for innovation at all; it's the absence of innovation in the latter category that is so stunningly underwhelming. Seven years into Android, an OS that grants developers access to the home screen on hundreds of millions of devices, and there hasn't been one that really innovated or influenced the way we interact with our phones? That's remarkable. Facebook Home failed miserably, and others have achieved significant install bases, but there's been little in the way of innovation. Except, perhaps, for the Google Now launcher, but that would bring us back to the question of what Google's brand of Open really means.

Even at the hardware-level, weren't we all expecting more out-of-the-box experimentation on Android like the recent cameraphone phonecamera that Panasonic introduced (via Daring Fireball)? As Dan Frommer put it:

There are no free, self-driving phones with ad-subsidized service. There are no hippie P2P data-sharing schemes for unlocked Androids. There are few mobile hardware hobbyists or tinkerers...[Android] certainly isn’t making the sort of impact — on the world and on Google itself — that it perhaps could or should.

Looking back at the past seven years of iOS and Android, it's tempting to imagine alternate histories that might have resulted in a different outcome than what we have today. In other words, what if some factors that mitigated Android's success hadn't occurred?

That last bullet is perhaps unfair, as security is one of Apple's justifications for having a relatively "closed" system over the years. But in a way that's also the point: the claim was that Open always wins.

"Open always wins" makes for a good catchphrase but a poor law. You could try to bake in a few exceptions like:

But those are a mouthful. If you're merely trying to capture the truth in he fewest words, you're probably best off with "Open Sometimes Wins".

The problem is: Who's gonna click on a link to a blog post with a title as tepid as "Open Sometimes Wins"?